HashiCorp today at its online HashiConf Digital event launched HashiCorp Cloud Platform (HCP), through which it intends to make all of its software available as a fully managed service.

At the same time, HashiCorp announced a public beta of an update to HashiCorp Terraform, a curated instance of an open source tool for configuring IT infrastructure that adds additional workflow capabilities.

Finally, an update to Nomad, a cluster manager and scheduler for containerized application environments, adds support for multiple clusters as well as the Container Network Interface (CNI) specification defined by the Cloud Native Computing Foundation (CNCF).

Microsoft confirmed on Monday that it was acquiring Israeli cybersecurity company CyberX. The terms of the deal were not disclosed. CyberX develops cybersecurity solutions for the industrial and critical infrastructure IoT (Internet of Things) sectors including energy, oil and gas, manufacturing, pharmaceuticals, mining, water utilities, and building management.

By integrating CyberX, Microsoft will now provide “a simpler approach to unified security governance across both IT and industrial networks, as well as end-to-end security across managed and unmanaged IoT devices, enabling organizations to quickly detect and respond to advanced threats in converged networks,” the parties wrote in a press statement

AWS and Formula 1 are introducing six new, real-time racing statistics that will roll out through the 2020 season, beginning with the launch of “Car Performance Scores” at the season opening Grand Prix in Spielberg, Austria July 3-5.

Digital molecule designer Schrödinger is expanding its efforts against the novel coronavirus, using its partnership with Google’s cloud computing division to screen new potential antivirals as part of a global Big Pharma collaboration.

Schrödinger plans to virtually evaluate billions of small molecules each week in a hunt for ones that may match up with different protein targets.

With thousands of processors running at once, Schrödinger hopes to shave months to years off a more traditional drug discovery effort. Following the discovery phase, the initiative’s partners will carry the lead molecules through optimization, synthesis and clinical testing.

sponsored by EuropeClouds Summit 2020- Call For Papers are OPEN! https://sessionize.com/europecloudsummit/

MarkeTech is a Media company who believes in content, real content that gives values to it members.

We create podcast, Vlogs and articles based on our global communities.

MarkeTech
Cloud Computing
Top Six Cloud Myths Debunked
In this post, I will review some of the common myths about clouds and see if they stand up to reality 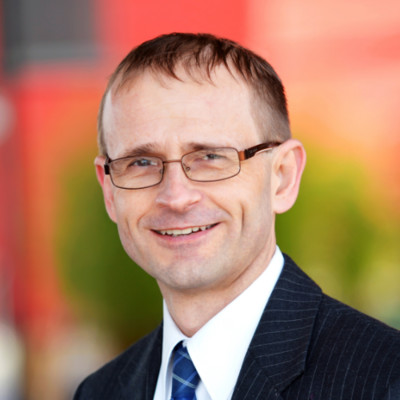